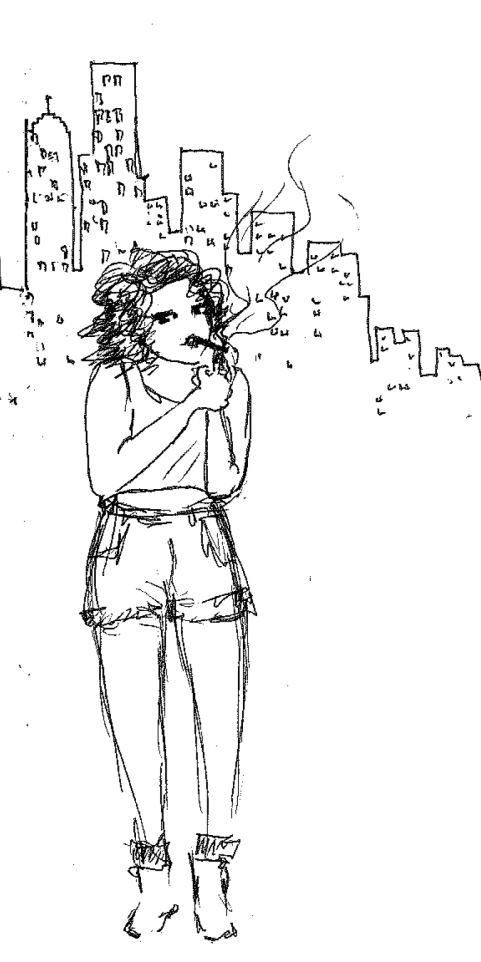 Many people may argue that Shonda Rhimes is the boss of all things dramatic. She has become a TV Drama phenomenon in less than a decade, each one of her shows being more popular than the last. With series such as Scandal, How to Get Away with Murder, Private Practice, and Grey’s Anatomy (now in its eleventh season) under her belt, it seems that more often than not her audience eats up every last second of her 40-minute episodes, gripping the edges of their seats. However, once you sift through all the twists and turns of her shows, the murders, the affairs, and the infinite number of blow-out screaming matches between main characters, each show shares one important factor: a take-no-bullshit, I-do-what-I-want, insanely successful female lead. Is this the quintessential key to her show’s popularity? Most likely, yes.

When you count up the jobs that each female lead character has had in Rhimes’ shows, you get the following: two doctors, one criminal defense attorney, and one miracle worker or “fixer” with infinite wads of cash, the source of which is unknown. It is safe to say that Rhimes creates strong, successful women who tend to be independent to an almost outrageous level. Whether it is Meredith Grey, Olivia Pope, Addison Montgomery, or Annalise Keating, each woman seems to have quite the accomplished life. They control people, and often find powerful men fighting over them. However, the unanswerable question is whether all of this female empowerment is simply good TV, or whether it intentionally and effectively creates aspirational characters for viewers to look up to. The “punch” of each show is what keeps the audience interested, but the takeaway hits a much more serious note.

Although Rhimes’ shows are arguably much less about identifying with the female leads than other TV shows, the actresses who partake in the given roles definitely can inspire the audience in a positive light. Stripping away the absurdity of each TV drama—which includes the characters fixing unsolvable problems within seconds, hiding murder scenes on a daily basis, and always looking spectacular and well dressed while doing so—there lies a perhaps more in-depth and refined message. Finding an understanding of the female characters in terms of their personalities and achieved successes allows the doors of aspiration and even imitation to open. These doors encourage viewers to admire who they are watching every Thursday night.

Rhimes’ perhaps less realistic, but highly aspirational characters are strikingly different than the relatable, quirky characters of Comedy Central or Fox, for example, where the likes of Amy Schumer and Zooey Deschanel parade across our screens. The popular genre of shows surrounding the eccentric (and sometimes silly) lives of city girls attests to not only the extent of variation in TV genres, but also in TV’s female leads.

“Jess Day, or the ladies of Broad City for example, are equally independent and prime looking-up-to material, and the Olivias and Merediths can be relatable in their twisted familial issues.”

New Girl’s Jess Day is goofy and out of the box to say the least. She sings what she says more than just saying it, and her desire to wear bows on her outfits and striped or polka-dotted anything fits her personality flawlessly. While the Olivia Popes under Rhimes’s reign are off burying bodies and having seductive and juicy affairs, the Jess Days are crafting middle school plays and living in the quaint but odd dynamic of an LA loft with three male thirty-somethings. Nevertheless, it is hard to argue whether one show is better than the other in sending creating role models for the audience.

The character that Jess Day conveys to viewers—that being yourself is ideal and what should matter and her quirk or spunk if you will—is what makes her who she is. Olivia Pope, however, puts out the message that being a powerhouse in any industry is an attainable and striking trait, even if it is in a corrupted or absurd context.

One person might relate to Jess Day in all her weird glory, while another might feel he or she can look up to Olivia Pope’s powerful independence. However, that’s not to say there is no overlap. Jess Day, or the ladies of Broad City for example, are equally independent and prime looking-up-to material, and the Olivias and Merediths can be relatable in their twisted familial issues. I suppose there is no real answer for which kind of character is more impactful, except to acknowledge that both types are widely diverse and complex. Perhaps we don’t have to choose to associate with one or the other, but can instead connect with both. And that’s why we come back and watch week after week.

There is an entire spectrum of women in the real world who range from sharing the internal turmoil of Olivia Pope’s psyche, to the day-to-day duties in Jess Day’s world. We may want to consider adopting the qualities of both sides of the scale into our lives because, in my opinion, a polka dot-wearing, President-dating, badass woman who crafts children’s plays while solving murders would be pretty fantastic. Either show may simply be good TV, but I like to believe there can be more than just ratings behind these sometimes spunky, sometimes terrifying TV marvels.