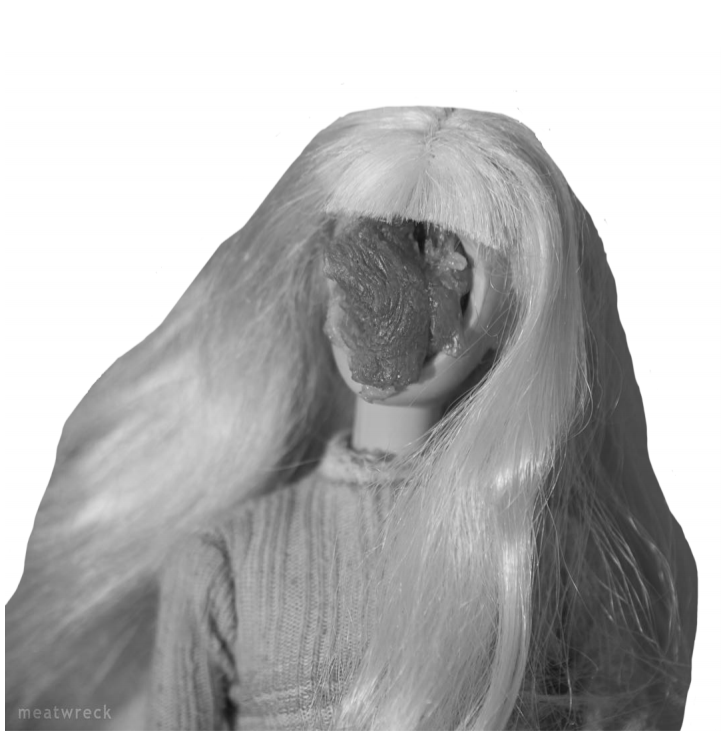 you found her at the butcher’s shop. brazenly raw, impudently red, so stubbornly sinewy.

at first, you salivated at the thought of carving her up, breaking her down to her irreducible parts. but she was so condescendingly, nauseatingly free that she began to offend you.

you considered her brazen deadness impudence. didn’t she care that you had all the power? you were the consumer—all she could ever be was the consumed.

she would be tough to break down. how to break her down? grilling, baking, searing, scorching?  no, she’d take too long to cook. you’d try her raw.

you google: how do i eat raw meat?

“While meat-loving foodies may swoon for steak tartare or yukhoe, eating raw beef dishes like these or even rare cooked beef can potentially make you very sick.”

you feel the dumb heat in your eyes. your head throbs at the audacity of her. she knows what you’re trying to do. you think to yourself: this fucking bitch is making this difficult on purpose. she knows her end is near. she’s trying to protract the inevitable.

you smirk to yourself, nervously. fine. scratch the raw plan—you didn’t want to be sick. the cooking route it would be. you wouldn’t let her win. you wouldn’t relent. you’re too hungry to give up now. your ego needed to be satiated, and only she would suffice.

so you tear into her. gashing, slashing, lacerating. curing, steeping, marinating. cutting her up, dulling her down.

into the pressure cooker, 450 degrees fahrenheit. you’d burn the obstinacy out of her. she would be yours the way you wanted her: beaten down, muted, subdued, defenseless flesh.

seconds lapse. you glance at the clock, impatient. minutes go by. an hour and a half passes. she must be ready now.

it was time. she was finally yours. you plate her, conscientiously, with the cold, exacting deliberateness of a serial killer. “Thoughtful presentation leads to a more enjoyable meal.”

“It is about recapturing the visceral primeval thrill of devouring flesh fresh from a kill.”

but once you bit into her, you realized you had gone too far. her rawness was gone, yes, but in its place stood an empty, tin-like aftertaste. you had burned the tender insolence out of her, but at what price? she was ruined now. consuming her did not satisfy you.

in her own way, she had won. even in her post-dead state she had stolen the pleasure right from your coercive, gluttonous grasp. surely, there had to be some way to reverse your mistake. how could you fix this? you couldn’t let her win.

you google: “How to Save Overcooked Meat So Your Dinner Isn’t Ruined?”

“Unfortunately, once you overcook a piece of meat in the pressure cooker, there’s no going back.”