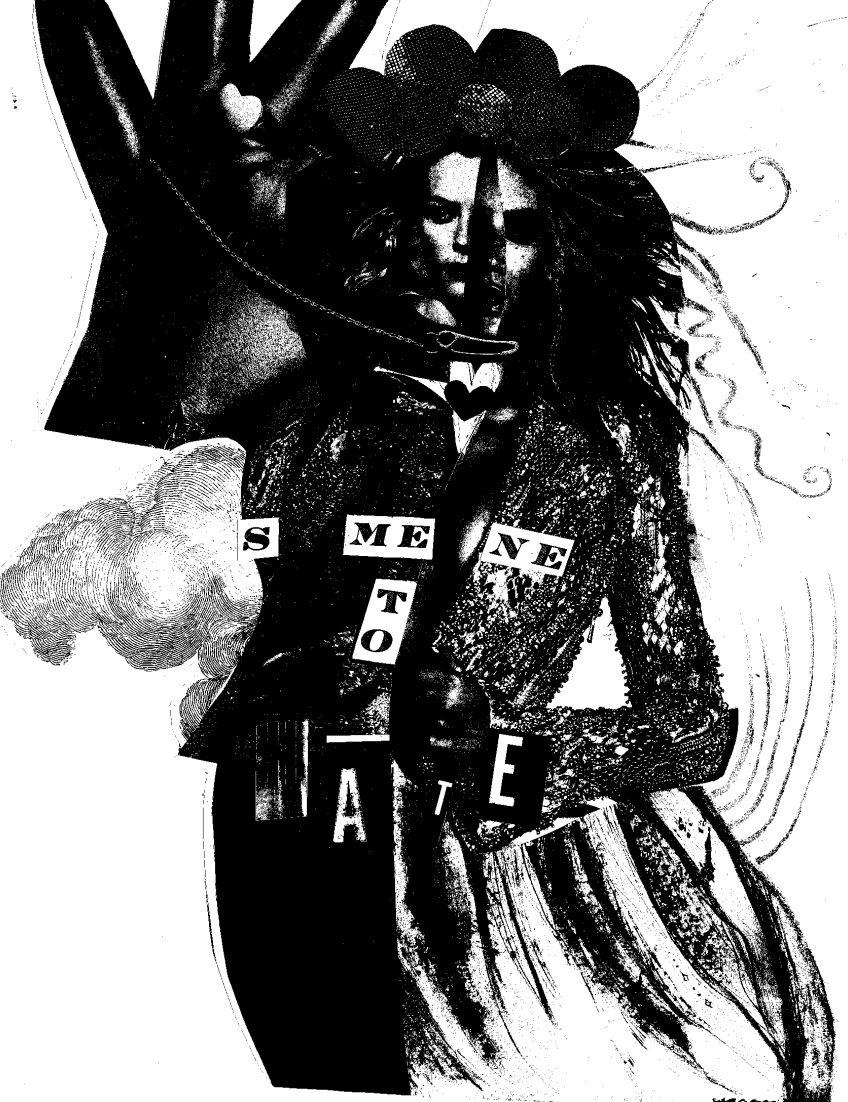 “There’s no such thing as truth,” says Margot Robbie as Tonya Harding in the biopic I, Tonya. “Everyone has their own truth.”

Twenty-three years after “the whack heard round the world,” when Shane Stant bashed Harding’s rival figure skater Nancy Kerrigan with a collapsible baton slightly above her knee, after Nancy’s repeated, resounding cries asking why, after the sentencing and the backlash, Harding is rising from the ashes of her own downfall. In expanded, detailed narratives incorporating Tonya’s side—in Nanette Burstein’s 30 for 30 ESPN documentary The Price of Gold (2014), in the THNK94 Museum created in 2015 in the passageway of a third floor Brooklyn walkup, in I, Tonya (2017) for which her life rights cost only $1500, in Sufjan Steven’s song “Tonya Harding” (2017), in the two-hour ABC News Special: “Truth and Lies: The Tonya Harding Story” (2018), countless think pieces and interviews—there still are no answers to Nancy Kerrigan’s whys. Officially punished for hindering the prosecution, everyone still believed she was the mastermind behind the attack on Nancy at the entrance to the Detroit Nationals practice ice—planned and carried out by her abusive ex-husband Jeff Gilooly, her moronic bodyguard, Shawn Eckardt, and hitmen, Shane Stant and Derrick Smith. But her relevance now does not center around her culpability or her innocence. We are never going to know what led to the incident on January 6, 1994. After repeating the story for so long, after endless contradictions that were perhaps, as Tafty Brodesser-Akner writes, “spiritually true” for Tonya in that she started to believe her lines, we can finally categorize her indictment in the realm of post-truth—based not on fact but on feeling. “Everyone remembers the incident differently and that’s a fact,” says Gilooly’s character in I, Tonya. If the movie dissolves truth—complicating it with unreliable narrators and overlaid contradictory actions, with Harding’s abuse by her own mother, her own husband, by the United States Figure Skating Association (USFSA), by the media—it is because there was no truth in the case to begin with.

I wasn’t born until a year and a half after this scandal, but I grew up in its shadow. In competitions Nancy Kerrigan had represented the club I skated for, Colonial FSC, out of Boxborough, MA, and her picture still hangs proudly, framed and signed in the entryway of the rink. Chad Brennan—national competitor, Colonial FSC coach, and the body double for Will Ferrell in Blades of Glory (2007)—was home with a broken ankle at ten-and-a-half years old when he heard the news. After that at the rink and elsewhere, they were Team Nancy. In the myth I was told, a descendant of the myth the media spun, Tonya got what she deserved: an excommunication from the world of figure skating.

Famous before the incident for being the first U.S. woman to land a triple axel (at the 1991 National Championships) and for being the best jumper the U.S. has ever seen to this day, she was also rough around the edges: scrappy, powerful, athletic, considered a “tomboy” and “white trash.” She cursed; her hair was unkempt; she wore homemade dresses with tacky sequins; she wasn’t graceful. She was poor; she came from a broken family. As Brennan says, “It’s an elitist sport, and the officials want prim and proper princesses and princes. Tonya didn’t play the part.” And neither did Midori Ito, who was the first woman to land a triple axel in competition and was athletic much like Harding. Neither did Surya Bonaly, a black French skater, who didn’t have the typical slender frame of figure skaters and who dared to do illegal backflips on the ice. The judges, who most likely influenced and were influenced by the Western media’s racist and disparaging perception of her as a non-standard, inelegant figure skater, often skewed her scores. Even though Nancy was also from a blue-collar family, she played the part. Her parents loved and supported her, even remortgaged their house. She had expensive dresses designed by Vera Wang. She got her teeth fixed. She was poised. So Nancy got the sponsorships and Tonya still had broken American dreams.

Before the incident, the image-oriented USFSA and International Skating Union (ISU) tried to hinder Harding’s progress at every turn, manipulating her marks in the unforgivably subjective 6.0 judging system. There was already a lack of truth budding in her scores, at odds with the narratives of her performances. The International Judging System (IJS), formed in 2004 to “cure” the 6.0 judging system, awards technical scores for elements—from their base values and grades of execution (GOEs)—and program component scores for skating skills, transitions, performance, composition, and interpretation of the music/timing. But the judges still tinker with the imprecision of program component scores and GOEs, still load them with bias. This past Olympic qualifying season saw the absurd decrease in outspoken veteran Ashley Wagner’s program component scores, the area in which she excels the most, at Nationals, but the judges and the Olympic committee had their own agenda. The USFSA and ISU had their own agenda for Tonya, too.

A slew of other ‘90s tabloid jokes—like Monica Lewinsky and Marcia Clark (the lead prosecutor in OJ’s trial)—are being retold, their histories retraced in light of their victimization. Tonya’s fame jumped from love to hate, eventually transforming her into a verb: a form of kneecapping inseparable from the act on January 6, 1994. She was demonized, called every possible name, made into a caricature of a madwoman and America’s punching bag: “You name it, it’s been done to me,” she said. After the abuse and after beginning a new life as Tonya Price, her association with the Me Too movement revolves around the need for reevaluation, for embracing the nuance of circumstance and identity politics. It revolves around undoing the rigid cartoon-like binary opposition of Nancy and Tonya as if they were Betty and Veronica, or in movie Tonya’s words “a princess” and “a pile of crap”—because “America: they want someone to love, but they want someone to hate.” As if there were clear-cut victims and perpetrators, as if that’s how the world works.

I, Tonya may be overly forgiving of Harding in how it nearly exonerates her. In the documentary Sharp Edges (1986) made by Harding’s childhood friend Sandra Luckow while at Yale, when asked if she thinks Tonya was involved, she answers: “Of course.” She had motivation; she was linked to the perpetrator; she wrote a note with Kerrigan’s skating arena and phone number found in the dumpster behind her house; and at this point, she very well may not know reality from fiction. USFS (who dropped the A), however, still has not commented on the film to condone or criticize it—afraid it will tarnish their reputation. Additionally, amongst the celebrity contestants on Dancing with the Stars this season, according to ABC, are three figure skaters: Adam Rippon, Mirai Nagasu, and Tonya Harding; but USFS lists only two on their website Icenetwork. Within its insular sphere, they have erased her.

Similar to how U.S. Gymnastics ignored allegations of sexual assault against the team doctor Larry Nassar, USFS dismissed accusations of abuse by Richard Callaghan, who coached Olympic figure skaters Tara Lipinski and Todd Eldredge. But with the momentum of Me Too—and the commitment to telling the stories of Callaghan’s victims, and in a different way, the stories of Tonya Harding, of Midori Ito, of Surya Bonaly, and the stories of every scandal USFS has tried to cover up—their institutional erasure of sexual assault and, distinctly, their erasure of persons is becoming more transparent; the movement is opening up a space to see full  lives underneath.

“I was a liar to everybody but still, 23 years later, finally everybody can just eat crow,” Tonya told the New York Times. “That’s what I have to say.” We are too late for her anyway. Skating was her life. It was all she had, and when the Association barred her for life as part of her sentence—not only from competing but essentially from a career of coaching or of skating in the Ice Capades—they took it all away: “a life sentence,” Tonya says in the movie. Tonya was 23 at the time of the incident. It took another 23 years for people to listen, and at that point she wasn’t even asking them to. But her story and her silencing was never just about Tonya; she was always a constellation of truths.